One of our hardworking Pupil Librarians has created a fantastic new display in the library.

Millie, in year 9, has been a Pupil Librarian since she first started at Archbishop Temple School in year 7.

“I’ve always loved to read and enjoyed going to the public library when I was younger,” said Millie. “I was quite nervous when I first started at Archbishop Temple School and liked having time to wind down from lessons. The quiet and thought provoking environment of the school library appealed to me, it was a calm place to go.”

“Having had the role for a few years now, I’ve really enjoyed helping other younger pupils who use the library in the same way I used to and recommending books to others. The staff and pupils who work in the library are always kind and considerate of other commitments I have in school. Making my display recently has really shown how well our library team works together, as I have had help and support from pupils from years 7-10.”

As part of their role, the Pupil Librarians take part in on-going training. They can then work towards and achieve their Bronze, Silver, Gold and even Platinum Awards. Millie completed the display as part of her Gold Award.

“We have just one other pupil taking their Gold Award and one working on their Platinum Award,” explained school Librarian, Mrs Dearden. “The role of ‘Pupil Librarian’ has many responsibilities and requires skills and knowledge. The skills the pupils learn as part of the role can be taken into employment when they finish school. The Awards are a way of recognising the achievements pupils have accomplished whilst working in the library.”

“Pupils also get involved in author visits, events such as the popular book fairs and book swaps, decorating the library at different times throughout the year, choosing new books and meetings, amongst other things.”

If you know a pupil who is keen on getting involved in the library they need to contact Mrs Dearden in the first instance, “They will be put on a shortlist for interviews after September. They will then have a short informal interview with myself and another experienced Pupil Librarian. It is fantastic how our pupils embrace their school library, and want to be a part of it and make it better every year.”

Millie’s book recommendation is ‘The Fandom’ by Anna Day, “As a comic book enthusiast, the book twists the concept of different fictional universes, something I really enjoyed and would highly recommend to any dedicated fans of other fandoms.”

As well as Millie’s display, a gallery of colourful artwork created by pupils in Mr Baines’ year 7 art class is also on display. Take a look at both displays in the photos below. 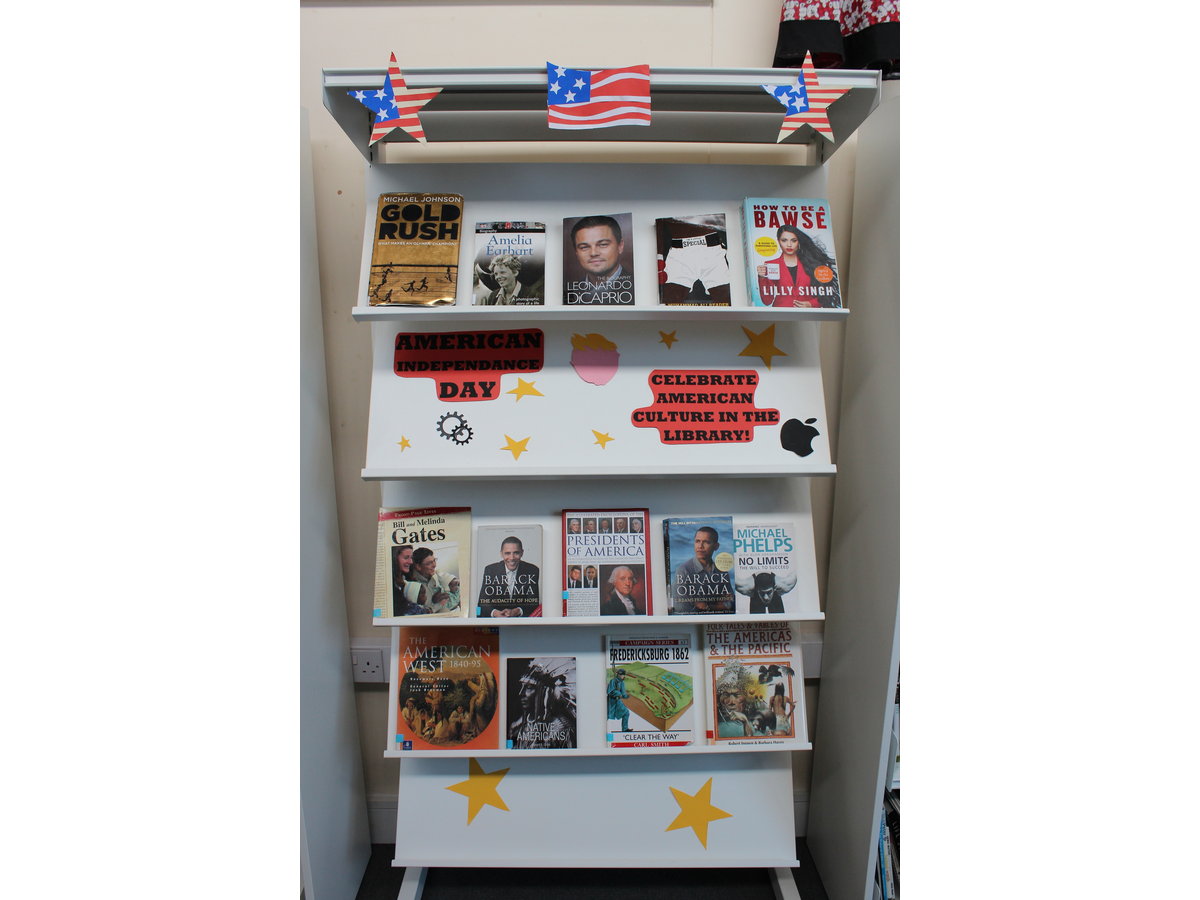 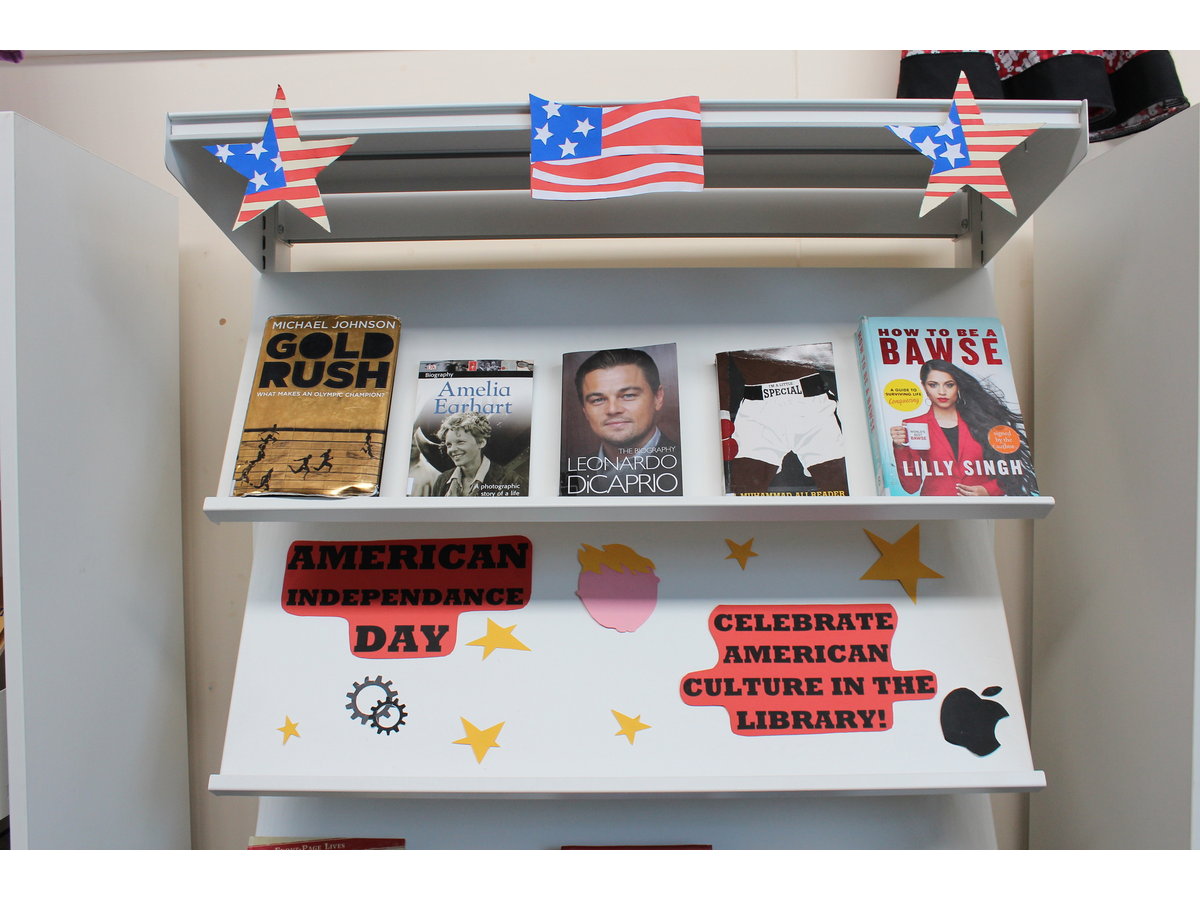 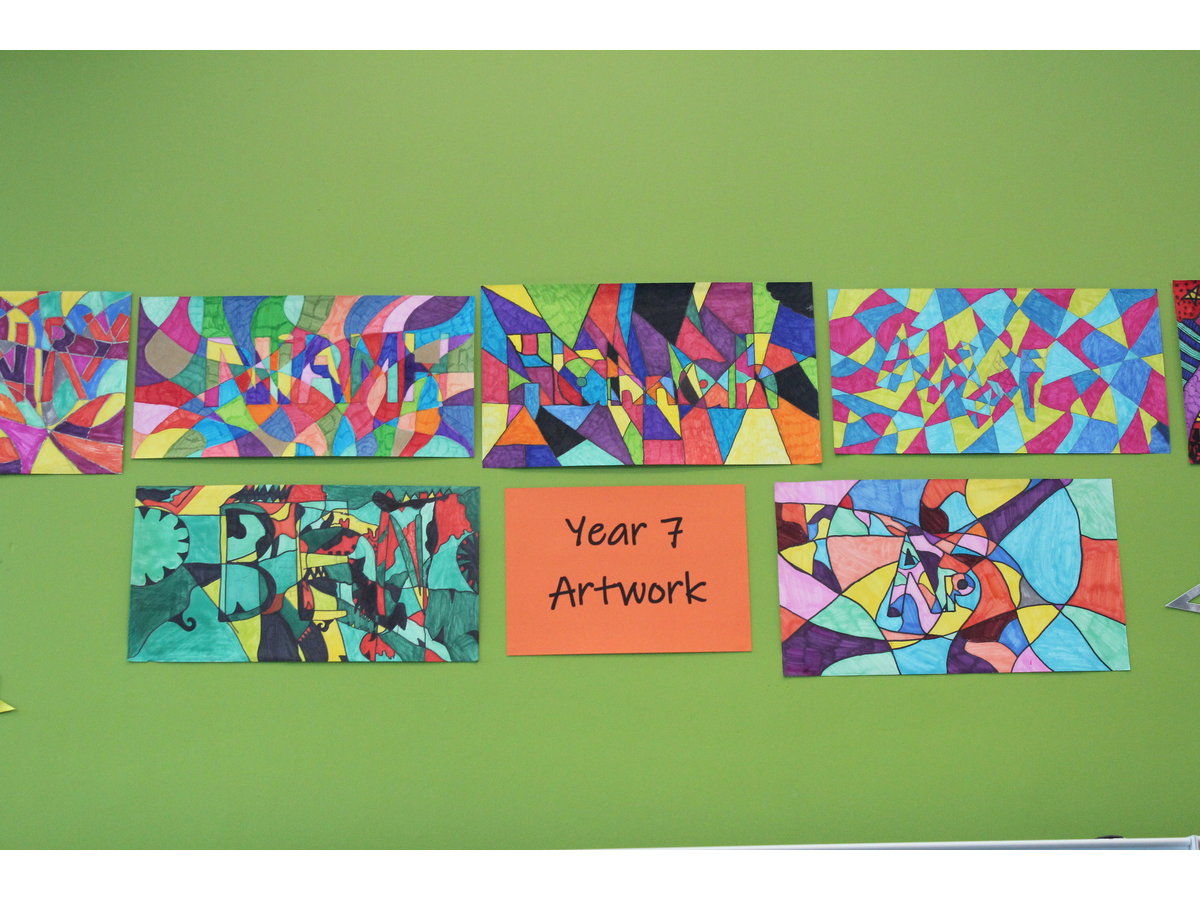 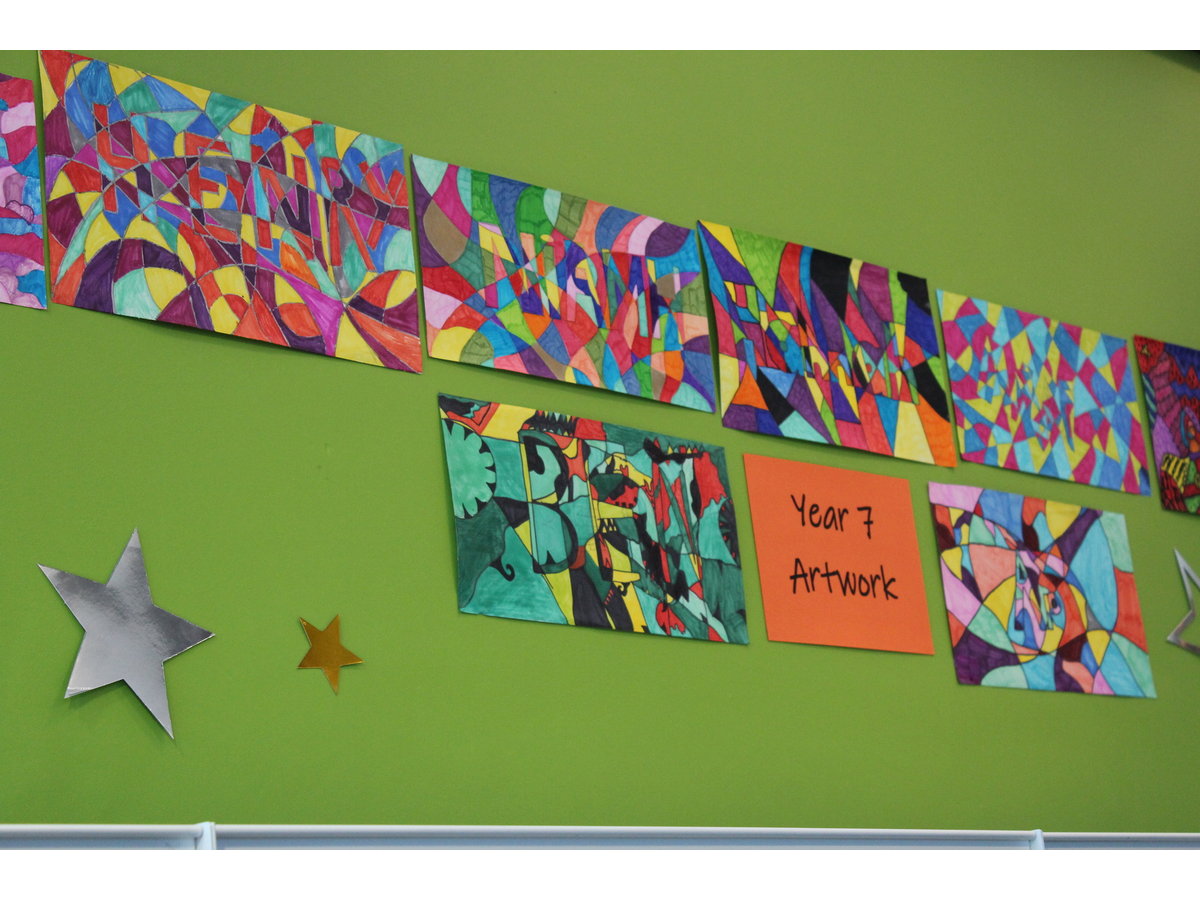 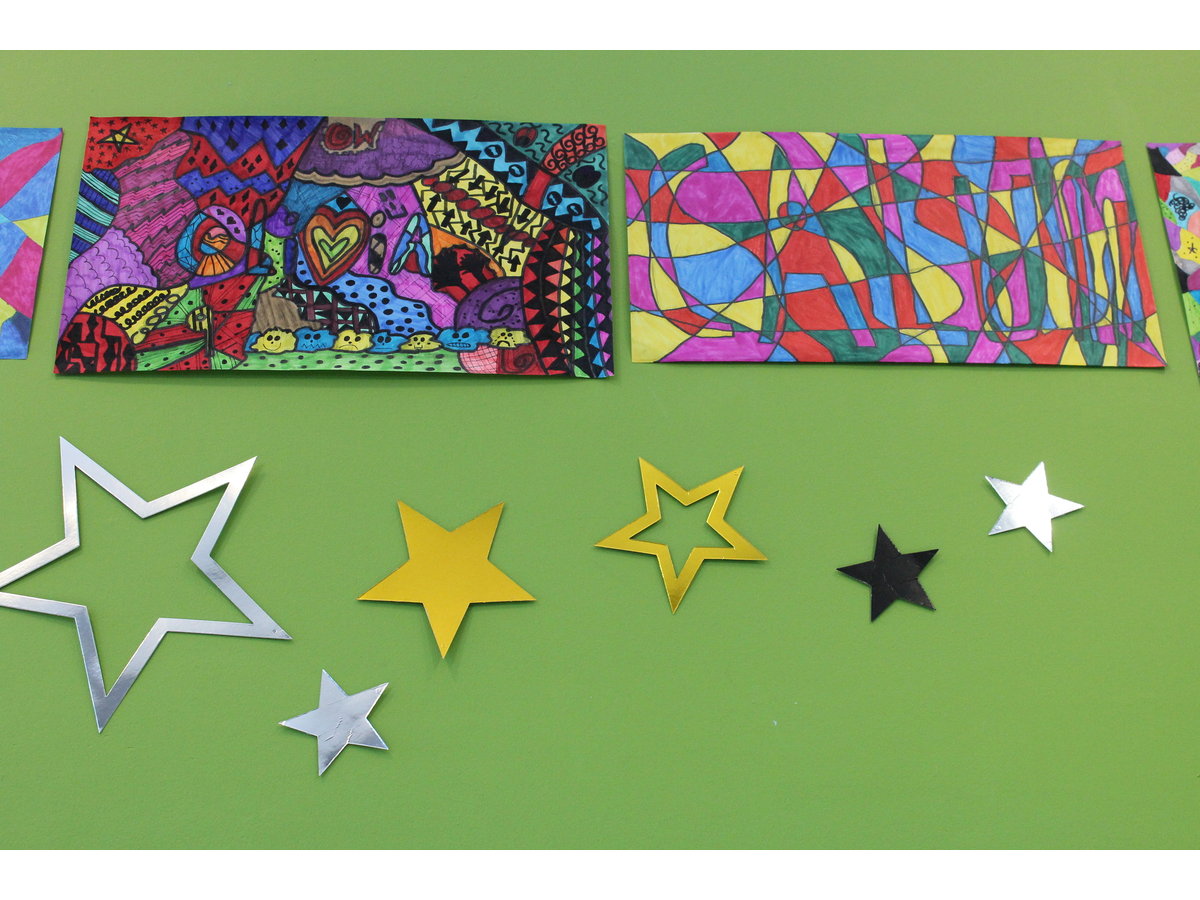 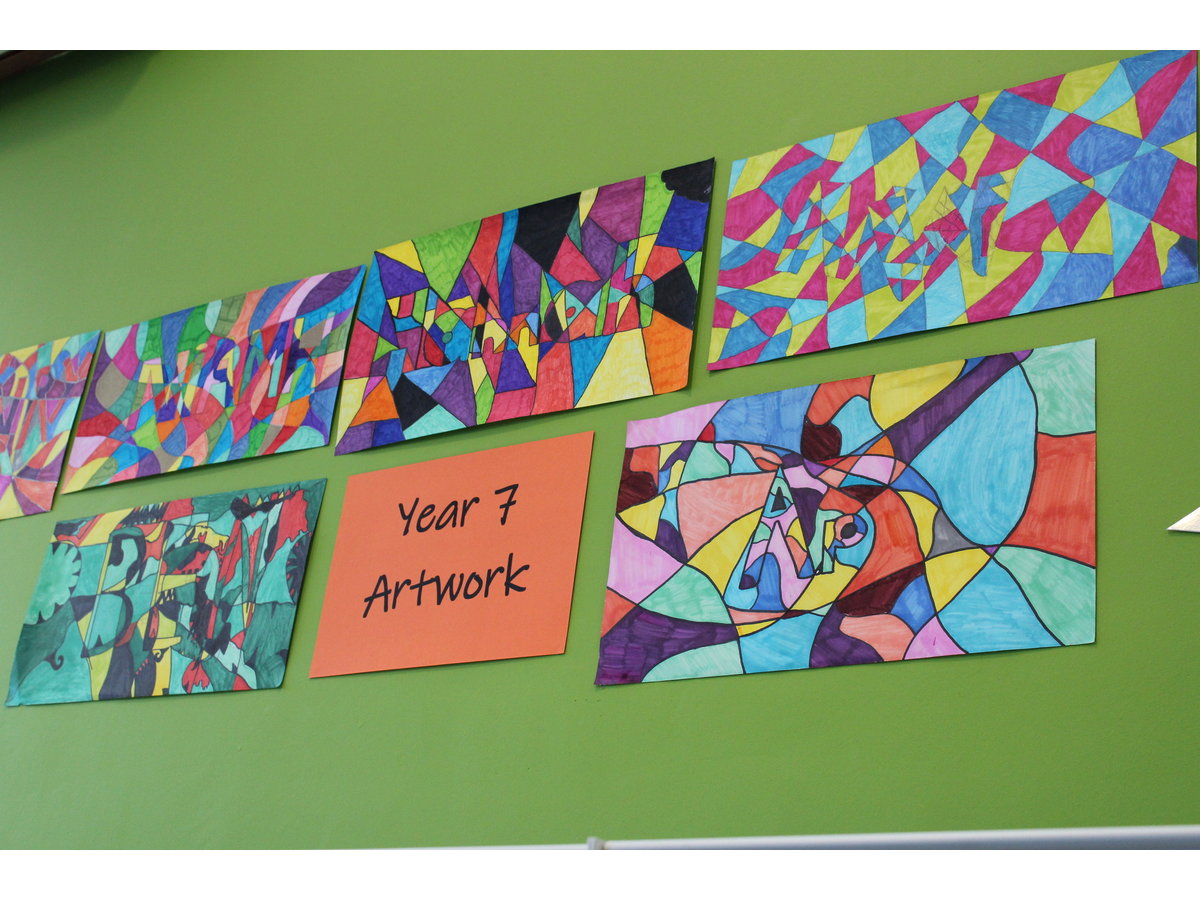 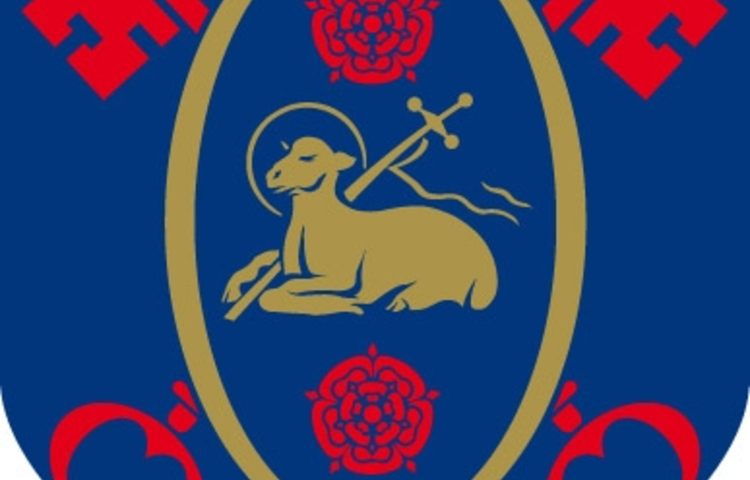